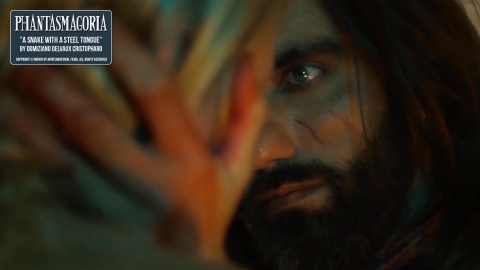 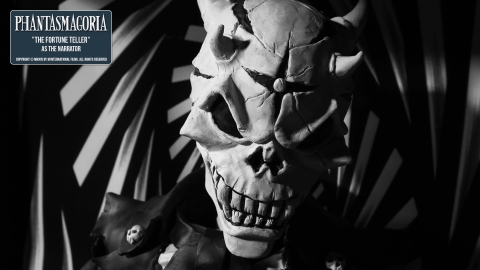 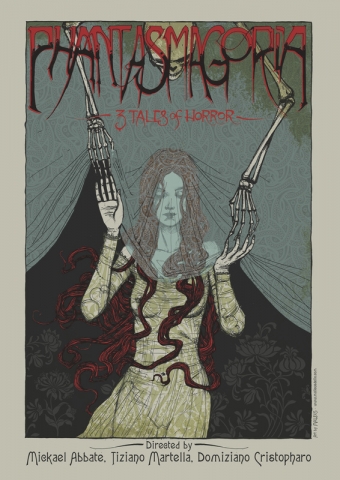 3 shocking tales of horror that take you beyond fear.

Mickael Abbate was born in 1983 in Fréjus (France). He is a Filmmaker, Screenwriter and Producer. After graduating from Nice Sophie Antipolis University with a Master of Arts in Communication, he continues his studies with a dubbing training. From 2005 to 2008, he writes for many fanzines and francophones websites like Premiere, Contamination Magazine and Sueurs Froides (Sin’Art). In 2006, he contributes to the promotion of the horror movie POULTRYGEIST, NIGHT OF THE CHICKEN DEAD for TROMA.
Mickael Abbate makes his directorial debut in 2009 with CREEPS. This fantastic short film was selected at the SHORT FILM CORNER in Cannes (France) then in the LOS ANGELES FILM FEST (USA). He regularly directs music video and commercials.

Then, he joins the programming team of festivals such as « La Samain du cinéma fantastique », a festival dedicated to fantastic cinema in Nice, French Riviera, and the festival « In & Out » specialised in the LGBT cinema in France.

In 2014, Mickael Abbate co-directs his first feature film PHANTASMAGORIA with Tiziano Martella and Domiziano Cristopharo. He also contributes to the documentary OCCUPY CANNES ! for TROMA. He is currently writing his two next movies A MIDNIGHT OPERA and APHRODITE.
FILMOGRAPHY :

An anthology of terror from the New Wave of Franco-Italian cinematic talents.

Three directors – Mickael Abbate, Domiziano Cristopharo & Tiziano Martella – offer us their original visions of fear in three gripping films that encompass the breadth of the genre: DIABOLIQUE, IL SERPENTE DALLA LINGUA ACCIAIO and MY GIFT TO YOU.

Suggesting... and let the imagination be carried away

PHANTASMAGORIA’s quality is to be a fantastic movie including three different stories about spirits belief and supernatural phenomenons. To compare with recent success as V/H/S and The ABC’s of DEATH, this European production has an ambition to surprise the audience in showing original, scaring stories the speciality of which is to assure the audience on the screen and in the theatre.
These fascinating stories draw on the traditional genre flavors of Thriller, Supernatural, Horror-Comedy, Zombie Action and Slasher filtered though the unique sensibility of each director, featuring a rich selection of Italian’s leading acting talents, including Venantino Venantini (City of the Living Dead, Ladyhawke, Cannibal Ferox).

Filming in Nice (France), Rome and Tuscany (Italy), the production wraps in September 2013 (15 days).To accompany and introduce each story, M International production called one of the most gifted animation director, Paolo Gaudio (The BLACK CAT, POE : POETRY OF EERIE (national screening in Italy 2012).

PHANTASMAGORIA is a vibrating tribute to William Castle’s cinema, the production was conceived as a moderne lecture of his greatest masterpiece “HOUSE OF HAUNTED HILL”. On the same side, M International society wishes to promote the movie PHANTASMAGORIA with animations before and during the screening in order to entertain and frighten the audience.