A hands-on desk-jockey flees China with the biggest heist in Bitcoin history and zero experience in how to use them.

LI lands with his ex SHU in the USA with his Boss’s phone, which carries 800.000 Bitcoin in its crypto-wallet. With the help of NELL and her partner KOFI, Li and Shu join Nell’s weed CBD enterprise, where Li uses his skills and sells Nell’s whole store supply.

Chinese CHAO and MEI, assigned by the Boss, who wants his Bitcoin back, trail Li and Shu when the Boss ends up arrested in China, and Li and Shu on China’s most-wanted list. Chao executes a navy seal-style night attack at Nell’s farm, eager to get the bosses’ phone and ends in Li’s hands. Li, an expert cook, and a Kung Fu master, reveals his hobby, writing, and the books he wrote for the Chinese karate team and Chinese special army forces. Confronted with “smoke boarding,” Chao surrenders to Li and escapes from the farm without the Bitcoin. Eager to get the stashed Bitcoin, Kofi ends up with multiple times broken arm and splits from Nell, shocked by Li’s first aid skills.

Kofi sells Chao the secret about the Bitcoin on Li’s phone. Eager to get the Bitcoin, Chao kidnaps Nell (he aimed at Shu) and blackmails Li with her. Li schemes up a plan, which leaves Chao and Mei on the run from the police, while Li and Shu join Nell on her new weed adventure, supported with the 800.000 Bitcoin that Li managed to save. 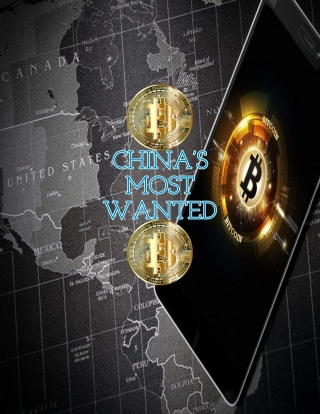