An economic hitman, determined to save her children, infiltrates a prison in which the only thing worth more than one’s organs is the air one needs to survive another day.

Awakened in Mars’ prison, DAWN rescues AMY from a secure death and becomes her cellmate. FOX runs his prison in Nazis-style with BLOOD, who controls Dawn’s sector, while Dawn snoops around the prison and finds her targets in the children’s sector.

Dawn visits Fox’s office and reveals she is the company’s economic hitman. She returns to her cell, finds Amy, abused, and releases her peevishness on Blood and her gang for which she is punished with air sanctions. Dawn starts a fighting ring and involves her children, IVY and LEE, while Wythe and Fox find ORCHID, who presents Fox her skills that almost wipe out Fox.

Dawn finds Orchid’s hidden origin, a spaceship hidden under Mars’ surface, and Fox finds out that Dawn’s actual targets are her children. Dawn regains the upper hand, but only until the news reaches them that Earth is under martial law, which leaves Mars and all its inmates without their only supplier of fresh air. 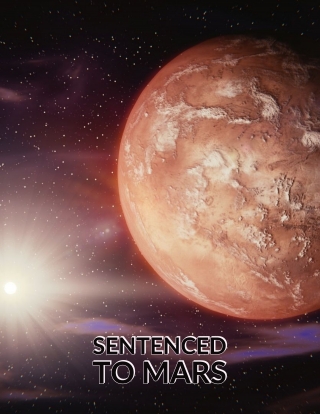