In 2017, Caracas was named the most dangerous city in the world, exactly 10 years after the goverment closed the most imortant TV channel in the country.

When Radio Caracas Televisión was closed on May 27th 2007 almost 5000 employees lost their jobs and Venezuela lost its freedom of speech.

With not one dollar in our pockets, my partner and I decided it was now or never. It was the only chance we had to produce this documentary ... and we did! Every single person who participated in this project - from cameramen and editors to musicians - worked for free, to educate the younger generations about the importance of freedom of speech, and to send a message to the world about the situation in our country, Venezuela. This film is dedicated to the brave young people of Venezuela who for more than a 200 days have been on the streets, fighting for their rights and freedom! We are grateful to have been selected for the following Festivals: CONCEPCIÓN INDEPENDENT FILM AWARDS UK MONTHLY FILM FESTIVAL FIVE CONTINENTS INTERNATIONAL FILM FESTIVAL - SELECTION DOCUMENTARY FIVE CONTINENTS INTERNATIONAL FILM FESTIVAL - WINNER BEST VIDEO CLIP MADRID ART FESTIVAL 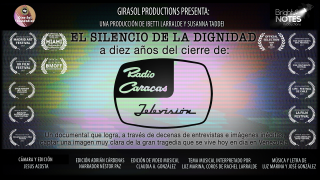 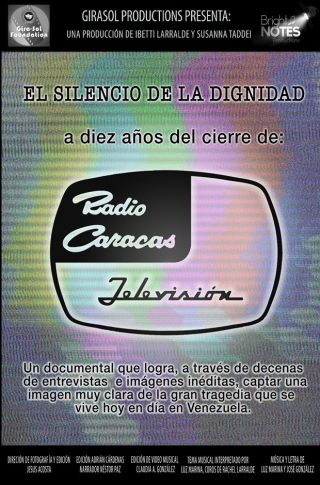 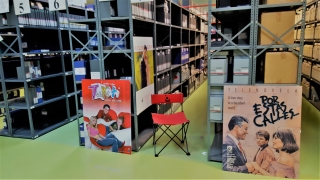