Installation of movie-like art.
Through communicating topics modern society are expressed by a positive irony.

SNS and homosexuality. Two big topics which are 2010 's both. However developed will those be in the future from now on?

1-A Conversation of SNS is sometimes broken off, but if I meet actually, talk expands.
1-B The acquaintance who sets a SNS diary for 50 years and commits suicide

2-A A Caucasian in London, a Singaporean Asian, Chiba's Indian, a black people in Tokyo and they see the same painter's painting and enter the painter's world at the same time.

2-B Kafka, Celine, Paul Auster, Fitzgerald, Borges, Garcia Marques and Yukio Mishima are the world best-seller author.
Two men who read those actually create art by impressions of those novels and show it each other.

3-A Thank you for ex-girlfriends.
3-B While ink is being rubbed, the meaning of the destiny is written by several languages.

4-AB
Identity of the homosexuals who stop population growth and maintain global nature.

I want people to bear a child. But when the mankind ends, the beautiful earth is revived. 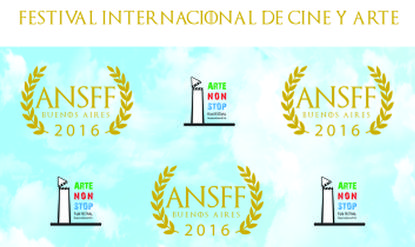