Julian Temples (aka Julie) is a leading orchestral conductor; on the outside, he’s a well-known, successful and supremely talented individual, but on the inside, he lives an isolated, socially awkward existence in a shambolic marriage. The only person he can really relate to is a long-standing childhood friend some ten years older than himself, she is Veronica, profoundly disabled since birth, a totally blind, wheelchair-bound quadriplegic cerebral palsy sufferer. The story unfolds from the outset with Julian Temples’s inclination to his secret fetish as his way of some kind of social interaction, albeit a totally uncaring, dissociated encounter. The only time we see Julian Temples at ease with himself is when he is conducting or when he is in the company of his friend Veronica. In fact, the very first time that he smiles in the story is when he meets Veronica. With accompanying flashbacks to his childhood home, along with Veronica, the essence of who he is becomes established. There is an element of darkly comic humour as in the scene where he walks to the music of ‘Handel in the Strand’ in a purposeful way to meet with the old man in an old London basement shop that fashions his conducting batons’ handle grips - used not only for conducting but also for fetishistic sexual acts. There is major tension around the relationship that Julian has with his wife and that of his friend Veronica. The story also illustrates the frustration – sexual, romantic and intellectual surrounding the life that’s lived as being profoundly disabled but academically smart. Essentially, the story that unfolds over several episodes by way of sexual fetish, visits to ‘out-of-character’ establishments, painstaking trips with Veronica, and the ultimately empty life of Julian Temples is an unspoken love story between him and Veronica where he really is ‘in love’ with her in an extremely deep way, although not expressing it or even admitting it to himself. With Veronica and the issues of profound disability on the other hand, we feel her isolation and frustration as she comes to terms with the reality that her life, even though it is filled with as much stimulation as possible, is also, for her, like Julian, ultimately empty, devoid of the very thing she needs and craves: that close, loving relationship between two people.

Runtime:
83 Pages
Information for the Audience: 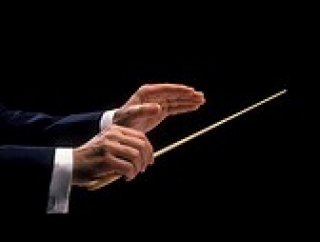