Synopsis:
Burmese filmmaker Tin Win Naing documents the plight of migrants who have fled the civil war in Myanmar for refuge in Thailand, and now toil as plantation workers in conditions tantamount to slave labour.
Myanmar began a new period of hope in 2010, when stateswoman and democracy advocate Aung San Suu Kyi was finally released from years of house arrest. Naing returned to his country and his family, but his subjects are still working in Thailand to this day.

Tin Win Naing, one of Myanmar's important Video Journalists, had to flee his country. Leaving behind his family, unsure whether he will ever be able to see them again, he crossed the border illegally, entering Thailand. Upon his arrival, he was astonished to see how many of his fellow countrymen have escaped the disastrous economic situation in Myanmar, only to find themselves trapped on the other side of the border, working under conditions of modern slavery. Their numbers range from 2 to 3 million.

Touched by their fates, Tin Win Naing realised he had found the subject for his next film.

In In Exile he follows three Myanmar migrant workers in their struggle for survival. Together with Tin Win Naing, we witness how they are exploited ruthlessly through back-breaking farm labour for a daily salary of just 3 USD. And even this salary is not something they can count on. They live in constant fear of the police and are vilified by most Thais. From the economic desert of Myanmar, they travelled into modern Thailand - where they are deserted of their human rights - hoping to find greener pastures and a future for the families they have left behind.

The award-winning filmmaker - a refugee amongst refugees - observes his compatriots in close and empathetic detail. In Exile takes us on a deeply felt journey into the hearts and minds of a people who have been tormented by Myanmar's military dictatorship for decades and who are now mistreated in a new foreign home. In spite of this, however, they have emerged as fighters – fighters against despair. We get a beautiful insight in to how they keep their spirits and culture alive.

The director himself is also one of the film's subjects who shares in the dreams of his protagonists through his personal narration. At the end of the film, tentative political changes in Myanmar mean Tin Win Naing will have the chance to fulfill those dreams and return to Yangon to be reunited with his family. 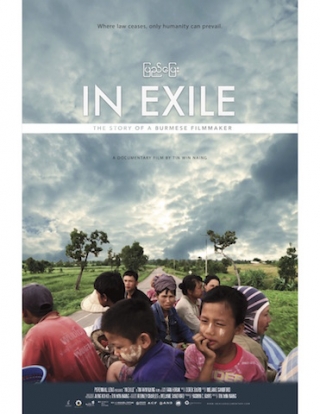