ANN ends in a forest where Major DUTCH, her father-in-law, takes care of security and the US president, Ann’s father MASON, kayoed by an alien virus. Ann finds her daughter EVE with an extra attachment, an alien form, which guards Eve when VLAD, who controls the Russian sector, kidnaps Eve, Ann, and the alien, eager to get the Russian president, knocked out by the alien, back to his feet.

The Vice President SHARP orders Dutch to deliver the First Kill and enable the USA to respond to the Russians, who assemble their troops, believing Americans did something to their president. Ann discovers a third sector, led by KARIM, the son of Osama Bin Laden. She finds out that aliens in space plan to vaporize our planet, believing the human race is doomed to extinction. With Karim’s help, Ann partially disarms Vlad’s and Dutch’s troops, she arms Karim’s men and departs on a rescue mission with Eve and her alien to save our planet. The mission ends with Ann captured and tortured by Dutch, who delivers Sharp the First Kill when Ann escapes with Eve, and the alien and joins Karim, whose followers got slaughtered by Sarin gas.

Ann does the impossible; she offers Eve to save the alien’s daughter, a close to its death alien child. An out of options Dutch kidnaps Eve and shoots Ann, who survives thanks to a gift she received from a girl in Karim’s sector. The alien, impressed by Ann’s sacrifice, rewards Ann with a gift, her daughter Eve. 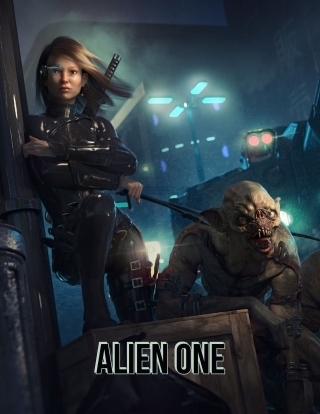